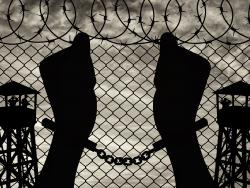 Samuel Reid, 62, otherwise called ‘Colonel Reid’, of Berwick district, Riversdale in St Catherine has been charged with two counts of obtaining money by means of false pretence after he allegedly pretended to be a member of the Jamaica Defence Force.

Reports are that sometime between March and May, Reid met the complainants on a construction site in the parish and told them that he could get overseas employment for them, but that they would have to pay an initial fee of $15,000 to cover administrative expenses.

The police further reported that both complainants bought into the idea and allegedly paid him $135,000 and $75,000 respectively.

Reid allegedly told the complainants that the monies would cover the cost of obtaining passports and travel fees.

After receiving the money, Reid went missing and numerous efforts were made to get in contact with him, but to no avail.

He was subsequently held on August 2 in Riversdale in the parish and was transported to the Portmore Police Station where he was handed over.

He was pointed out to the police and formally charged.

His court date is being finalised.