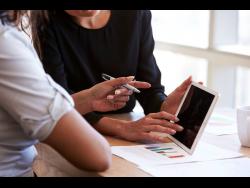 The pursuit of justice for the employee

Many employers in Jamaica seem to forget that the rights of their employees are protected by the sacred Labour Relations and Industrial Disputes Act (LRIDA) and the Labour Relations Code enacted in 1975.

Certainly, we are long past the master and servant days when employees in Jamaica were governed by the Master Servant Act (1842). This was repealed and replaced by the Employment (Termination & Redundancy Payments) Act.

It is a fact that Jamaica’s labour force is much larger than its demand and, as such, some employers are quick to terminate their employees because another employee is just an advertisement away for the same low wages.

The rules of natural justice are often ignored by the employer when considering terminating an employee. The consequence of this oversight has cost some companies millions of dollars after employees successfully challenge their termination at the Industrial Disputes Tribunal (IDT) or in the courts.

A common issue that arises in every company is that of discipline, which is dealt with in Section 22 of the Labour Relations Code. According to the code, it outlines clearly that companies should ensure that disciplinary procedures are agreed between management and workers and that the procedures are in writing.

The disciplinary procedure involves specifying who has the authority to take various forms of disciplinary action and to note that supervisors are not empowered to dismiss an employee without reference from more senior management. The matter giving rise to disciplinary action which includes the allegations against the employee must be clearly specified.

Depending on the nature of the offence, the first step should be an oral warning, and in the event of more serious misconduct, a written warning setting out the circumstances should follow. Therefore, no employee should be dismissed for a first breach of discipline except in the case of gross misconduct.

Gross misconduct justifying summary dismissal may be seen as conduct so undermining the trust and confidence which is inherent in the particular contract of employment that the employer should no longer be required to retain the employee in his employment.

One of the hallmarks of natural justice is the right to be heard and, as such, the Labour Code provides that every employee must be given an opportunity to state his case and the right to be accompanied by his representative. The code also provides for a right to appeal; however, it must be noted that this right is not absolute.

It is paramount that the disciplinary hearing shows impartiality and be presided over and/or managed by persons who will be fair and objective and not part of the institution which is making the accusations or bringing the charges against the employee.

This point was considered in the case of National Commercial Bank Ltd v The Industrial Disputes Tribunal (IDT) and Peter Jennings [2016] JMCA Civ 24, where the court agreed with the IDT’s decision that among the reasons for Mr Jennings’ dismissal being unjustifiable was that the panel included his accusers.

In essence, it is oft said that “a man must not be a judge in his own cause”. Too often companies forget this fundamental principle when undertaking disciplinary hearings and the consequences are later felt in the accounting department.

It is of paramount importance that employers ensure that their Human Resources Department is knowledgeable about the Labour Relations Code, and that they are not too hasty in disciplining or dismissing employees. Employees should be aware of their rights and insist on due process in accordance with the procedures of the Labour Code.

– Matthew Hyatt is an attorney at the law firm Knight, Junor and Samuels. Email feedback to mhyatt@kjslaw.com.jm and editorial@gleanerjm.com