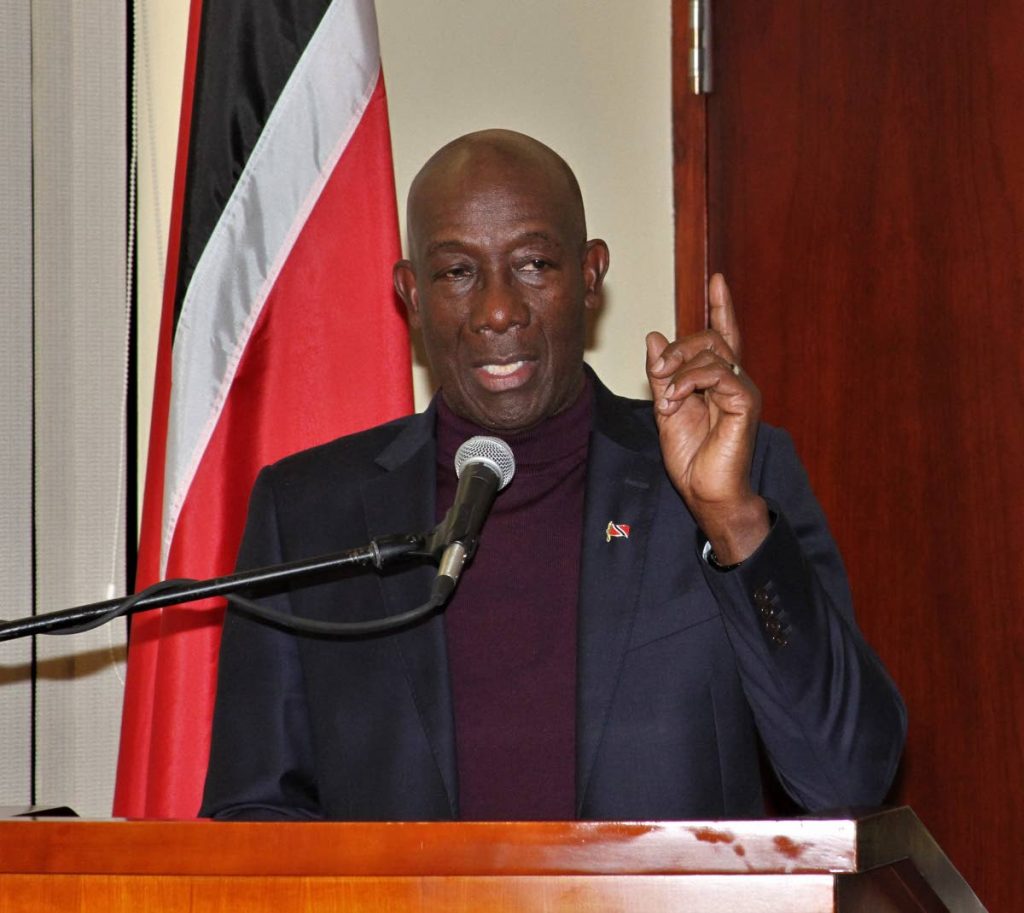 THE Prime Minister promised jobs to tech-savy youngsters as he vowed to transform TT into a digital nation.

As he addressed a PNM virtual meeting on Wednesday, Dr Rowley said the covid19 pandemic has changed TT such that it must now be rebuilt, but quite differently from the way it was before. He said this transformation will boost efficiency in the country such as facilitating the retrieval of people’s documents in government offices and eliminating the need to stand in line to pay bills.

He said TT can follow Estonia as a model to go fully digital.

Hoping to also emulate digitisation he had seen at the Brooklyn Hospital, he said such a transformation will require many operators whom he said would, ideally, be young people for whom jobs will be created.

“I believe in young people because people believed in me.

“Young people, come forward and take responsibility for your country.”

Earlier, Rowley said, unlike a decline this year due to covid19, the projections for growth in small emerging markets such as TT for next year is six per cent.

“We expect to be able to turn around the direction of the economy in 2021. It has been difficult but focus on a positive future.

“There are opportunities coming your way.”